I just knew these wood beams were hiding under the ceiling since the day I first stepped foot in our current home.  I took a chance and pulled down the plaster and lath to reveal a great gift from the men who originally built our home back in 1740.  Little did they know 275 years later how much this DIY loving mom would appreciate their hard work. 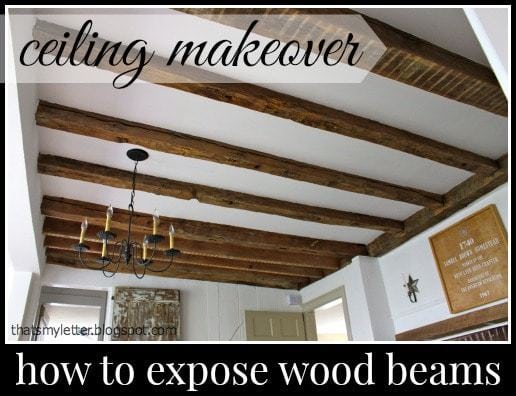 A DIY tutorial on how to expose wood beams in an antique post and beam farmhouse. A complete ceiling makeover to reveal original wood beams.

The ceiling makeover in the dining room is complete and I am beyond proud to display these beautiful, mostly original wood beams.  Unfortunately many years back someone had installed a drop ceiling, mostly likely in order to hide the electrical wiring, but in doing so it also hid these amazing, rustic, hand hewn wood beams. 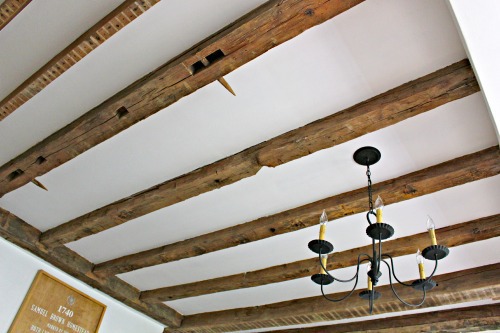 I ripped down the drop ceiling, had two electrical lines rerouted, and then turned to my contractor and had his guys install blocking and sheetrock in between each cavity.  Finally I installed the finishing touch, this colonial style wrought iron chandelier. 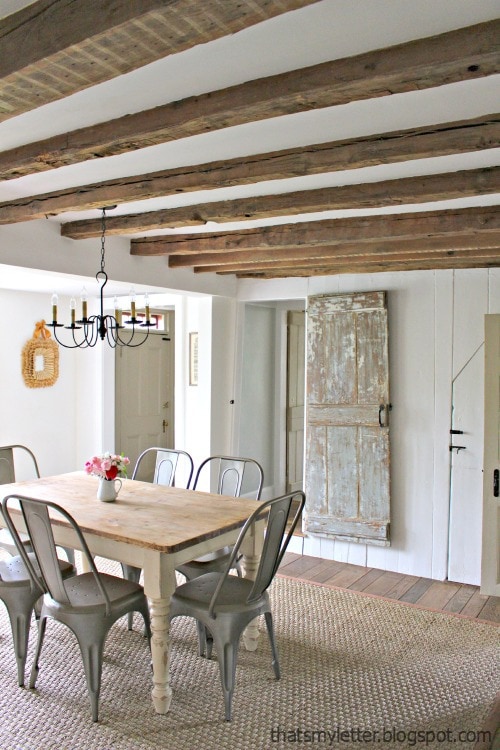 The view above is from the master bedroom doorway.  The dining room is the most central room in our 1740 saltbox home and it has 6 doorways around the perimeter: 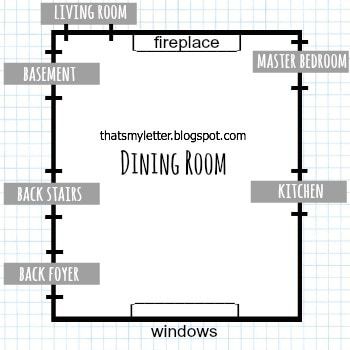 When we moved in back in June of 2013 the room was dark, had no light fixture, had a drop ceiling that was only 7 feet high and a tiny piece of moulding for a mantle: 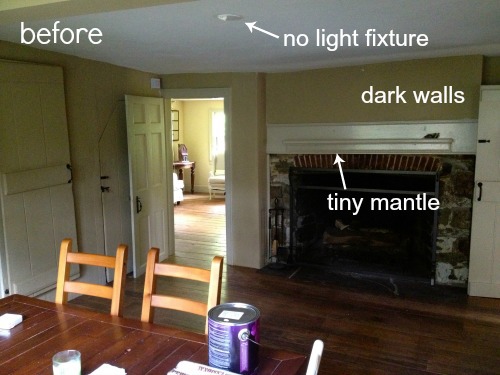 Almost a year later and I’ve done a lot of work to this space. 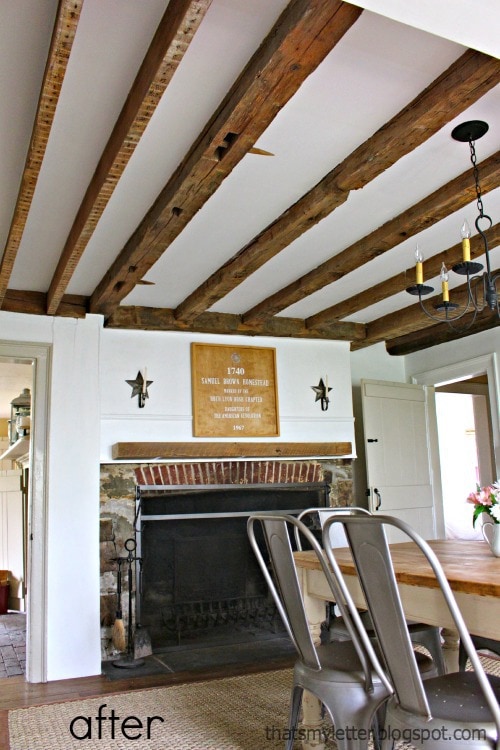 First I painted the walls Benjamin Moore simply white and had the mantle replaced as soon as we moved in.  Then I just couldn’t hold out any longer and ripped down the plaster and lath drop ceiling. 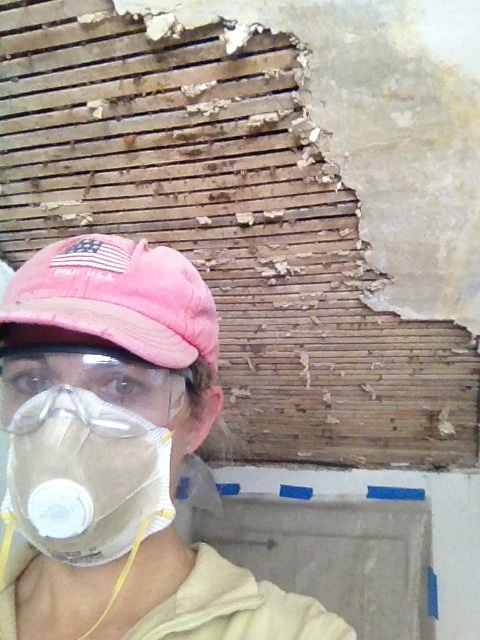 3 days of working overhead in a dustbowl might have been the worst project I’ve done so far.
But all the hard work was worth it. 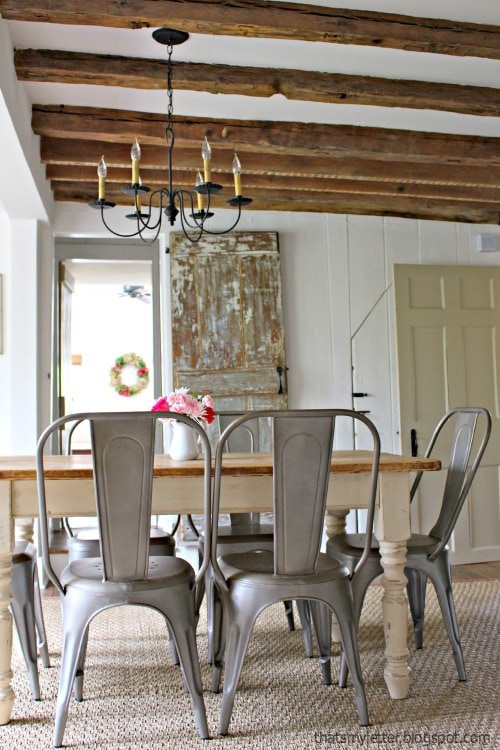 I did find quite a few artifacts up in the ceiling:

A carriage manufacturer business card and other neat old trinkets.  But the biggest surprise was this: 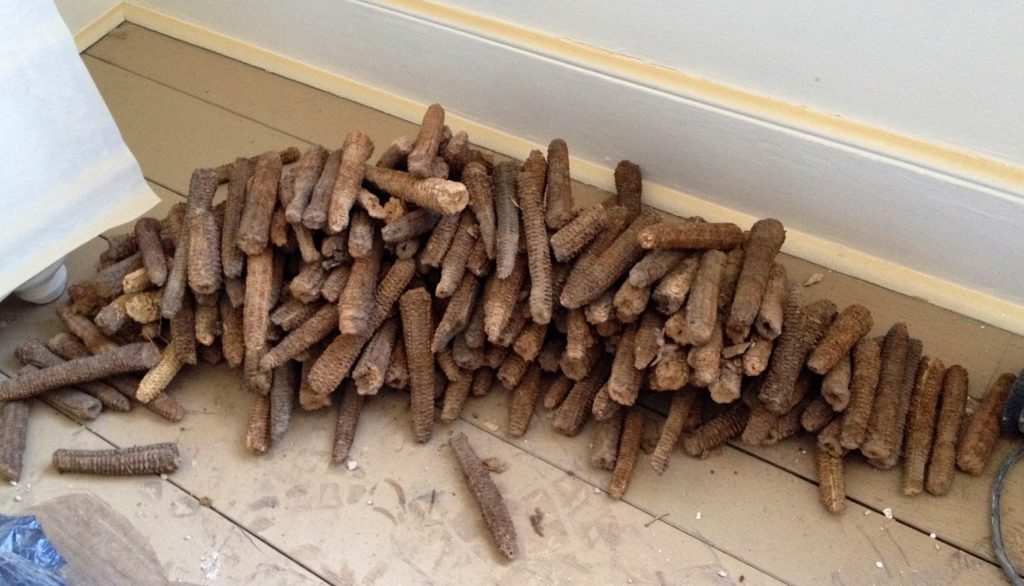 About 100 corn cobs packed in between the beams around the fireplace.  I believe they were used as insulation in the 1800s. 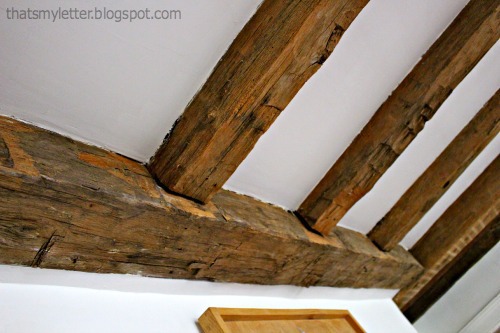 It’s clear that these beams are original to our 1740 home and they were hewn by hand.  So many irregularities and rough chops makes me think about the men who toiled and labored to construct this home hundreds of years ago.
In one beam it’s obvious there used to be some vertical posts to frame a doorway perhaps?  The original wood pegs are still in position: 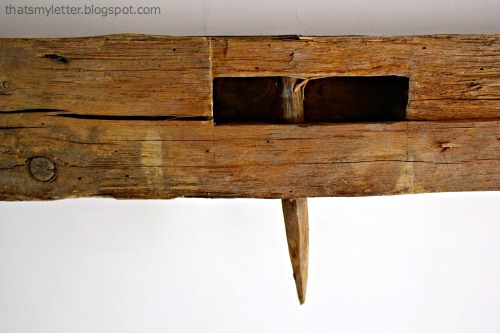 Below is a good photo of the before and after from the same angle.  Amazing what a bit of paint and exposing the ceiling can do to bring out the true charm and character of a historical home. 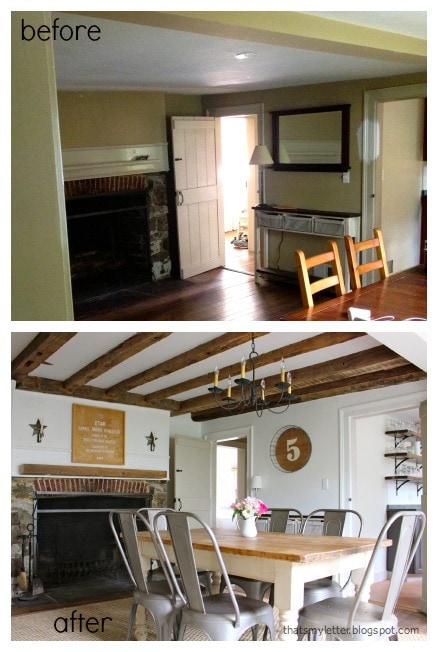 After I completed this project I realized I had to pull down the plaster ceiling to reveal the wood beams in the other lower level rooms.  So far I’ve completed these rooms: 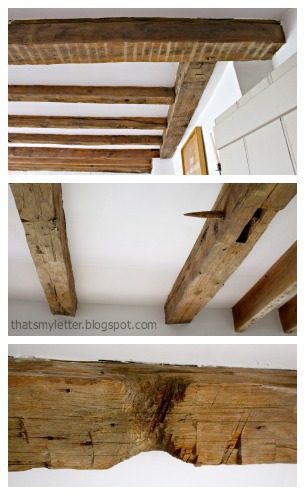 Below I’m sharing the process I used to remove the existing plaster ceiling and expose the wood beams.  It’s worth noting that every home is different and you may have issues arise so I recommend plan for plenty of time and expect the unexpected. 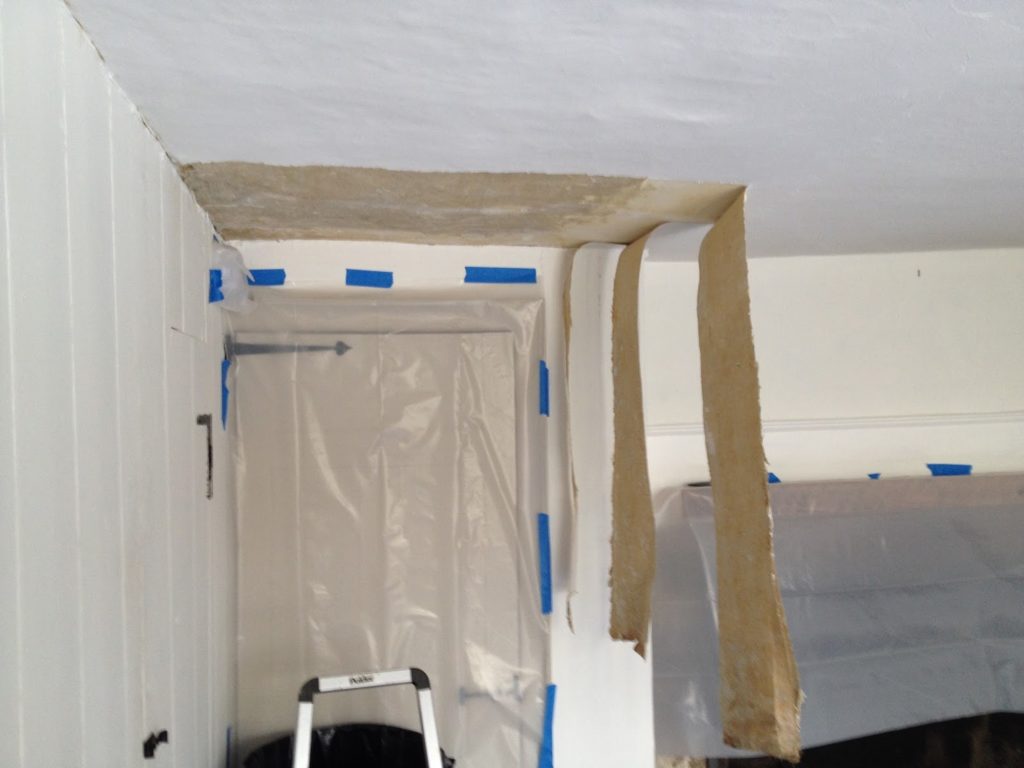 Step 1: First cover the floor with ram board and then place tarps on top of the protected floor to catch the debris.  Tape plastic sheeting over doors, hvac vents, outlets, switches, any little crevice because the dust will go everywhere.
Step 2: Score the ceiling where the edges meet the wall and pull back the linen paper.  This will reveal the plaster.  Again not all homes will have the linen paper so you may be able to skip this step. 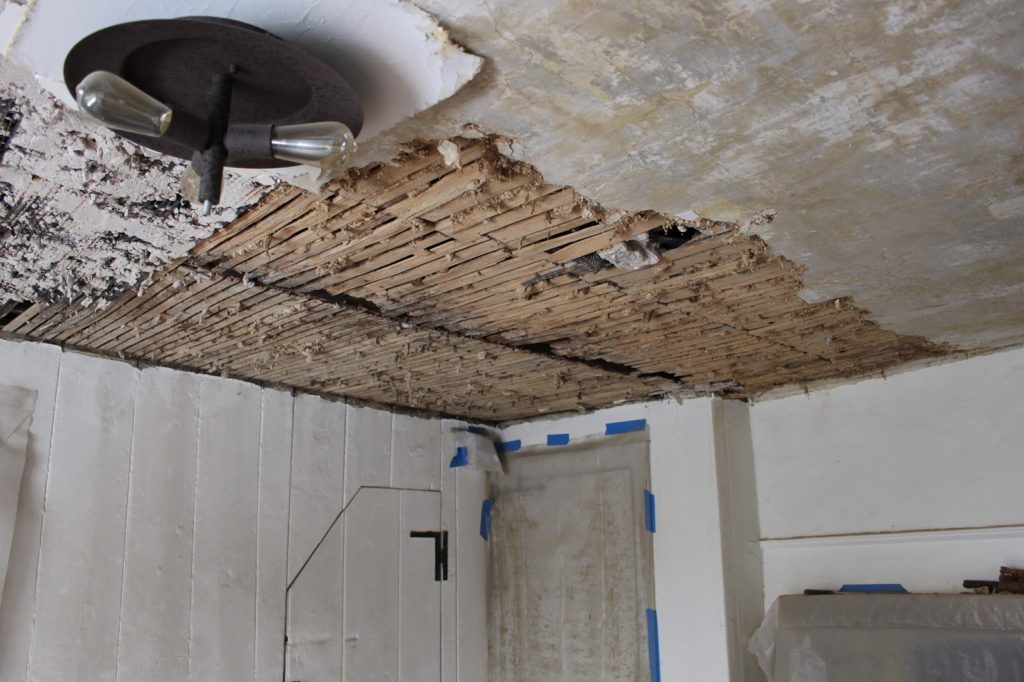 Step 3: Using a hammer and pry bar smash the plaster and pull it down.  It will come down in small pieces.  I recommend placing the trash barrel directly under the portion you are hammering and letting the plaster fall directly into the barrel. 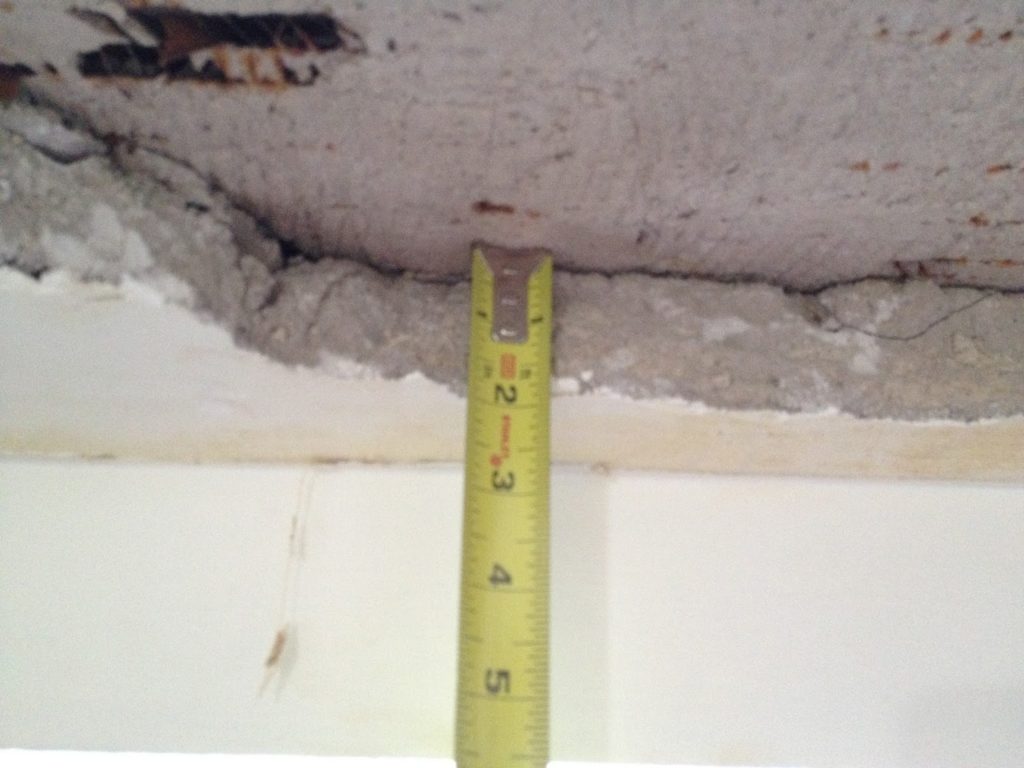 This is the worst part of the job and very time consuming.  In some places the plaster was 2″ thick! 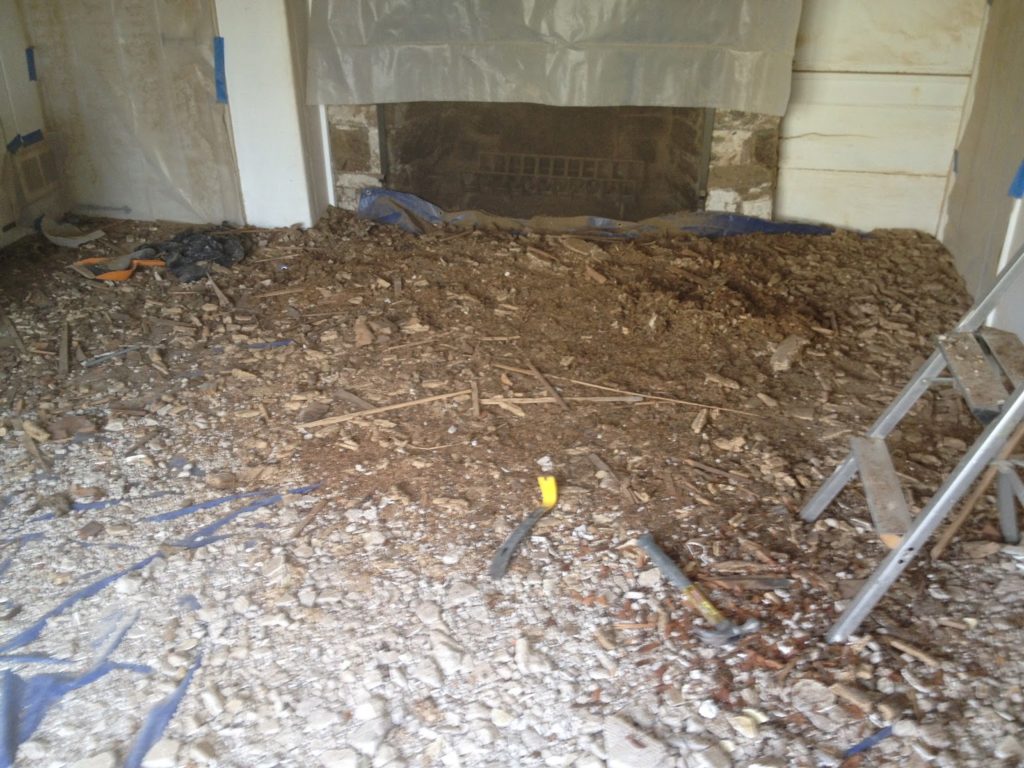 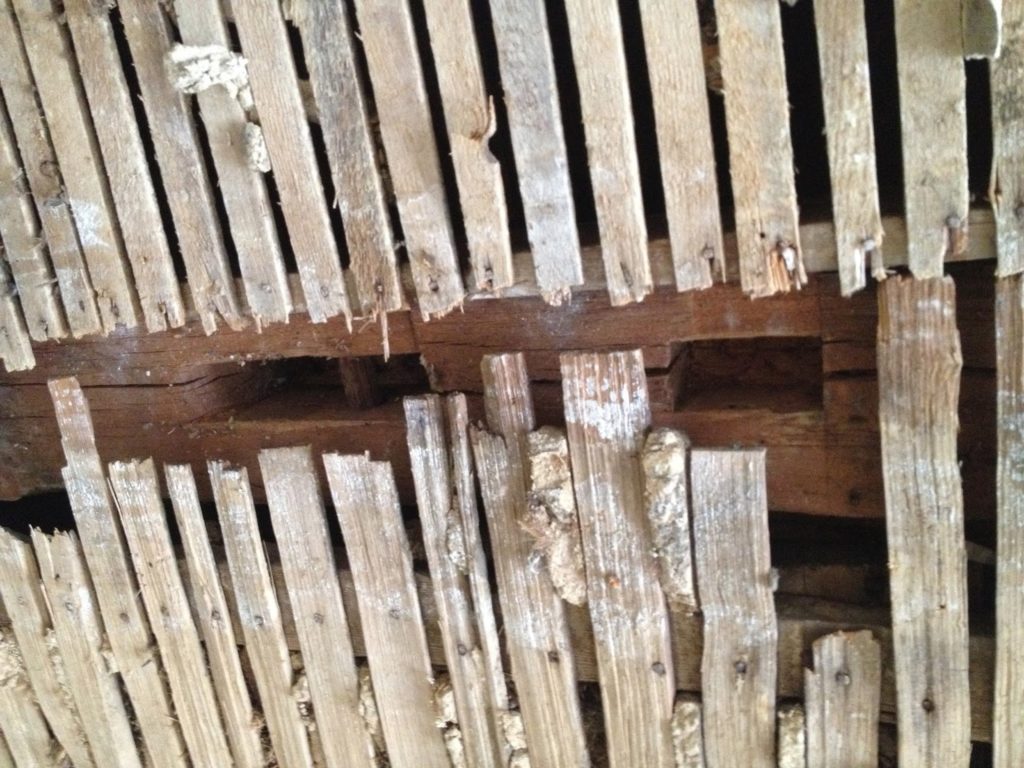 Step 4: Again using the hammer and pry bar begin removing the lath and nails from the wood beams.  At some point I switched and started hammering the plaster from above as well as prying the lath from above in order to remove the lath with the plaster still attached. 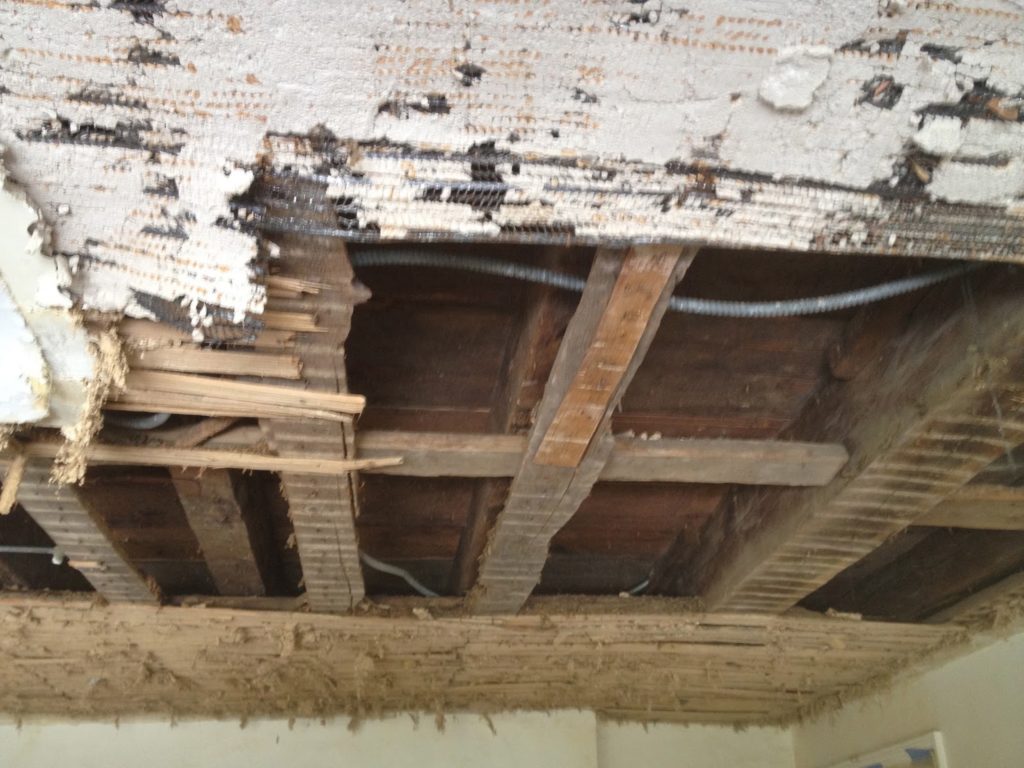 Step 5: Work in sections, go slow and steady so you know what you’re removing is safe.  You can see the beams above but you can also see they had added additional framing to even out the ceiling so I pulled down those extra boards as well.

Step 6: Now that the electrical lines are visible you can determine the new route.  Simply reroute the lines up as close to the floor boards as possible. 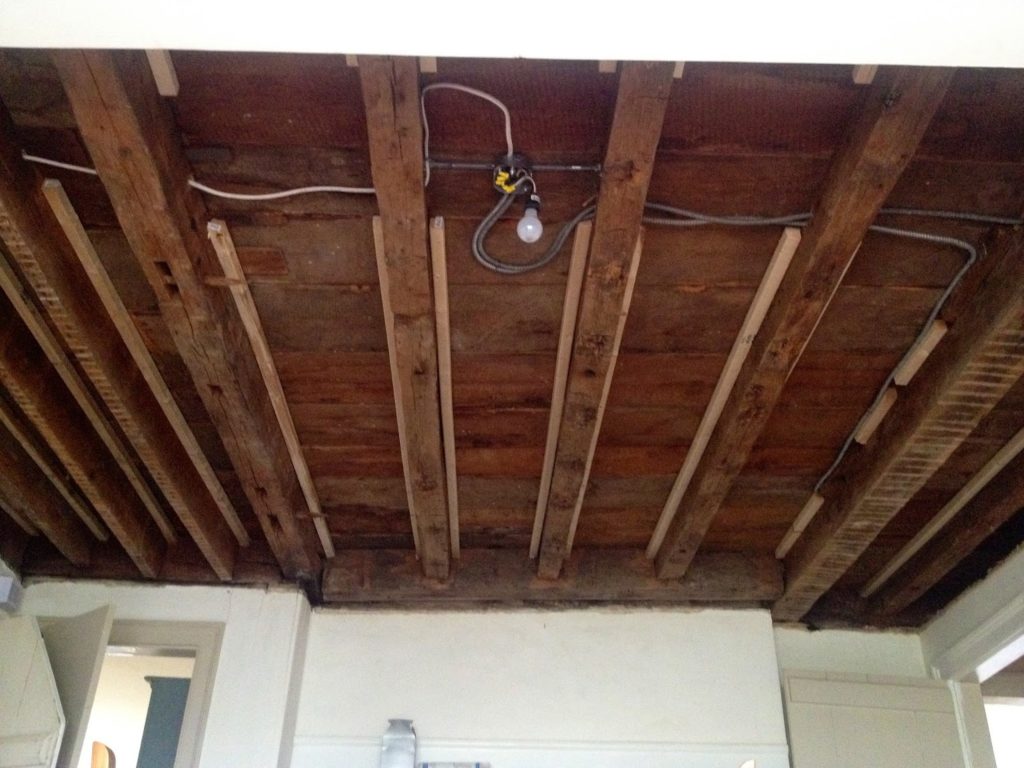 Step 7:  Once the electrical is in place then come back and install 2×2 furring boards onto the beams leaving about 1/4″ from the floor boards.  This is where the new sheetrock will attach.  And this also gives a 1 1/2″ space or gap for the electrical, just deep enough for a junction box. 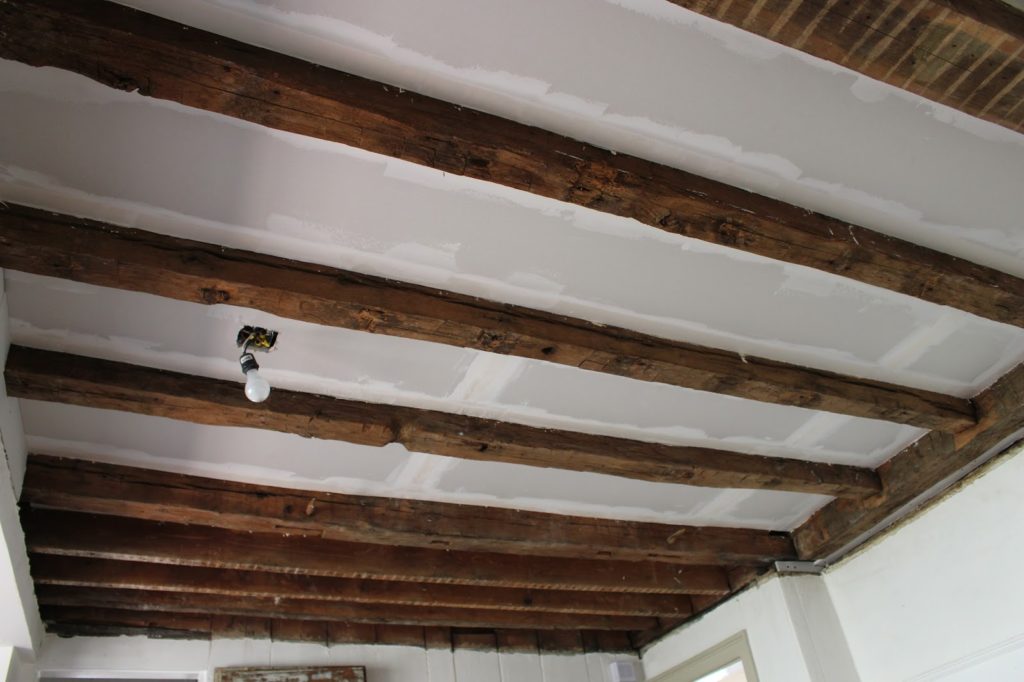 Step 8: Then 1/2″ sheetrock was installed, taped and mudded.  Use joint compound to fill in any gaps between the sheetrock and existing walls for a smooth look.  Sand smooth, prime and paint.
Then step back and admire just how beautiful those wood beams are both on their own as the framework for your home.  I look at them every day and think about those amazing people who constructed this home so long ago.
If you’re curious about more bits and pieces of our antique home scroll down. 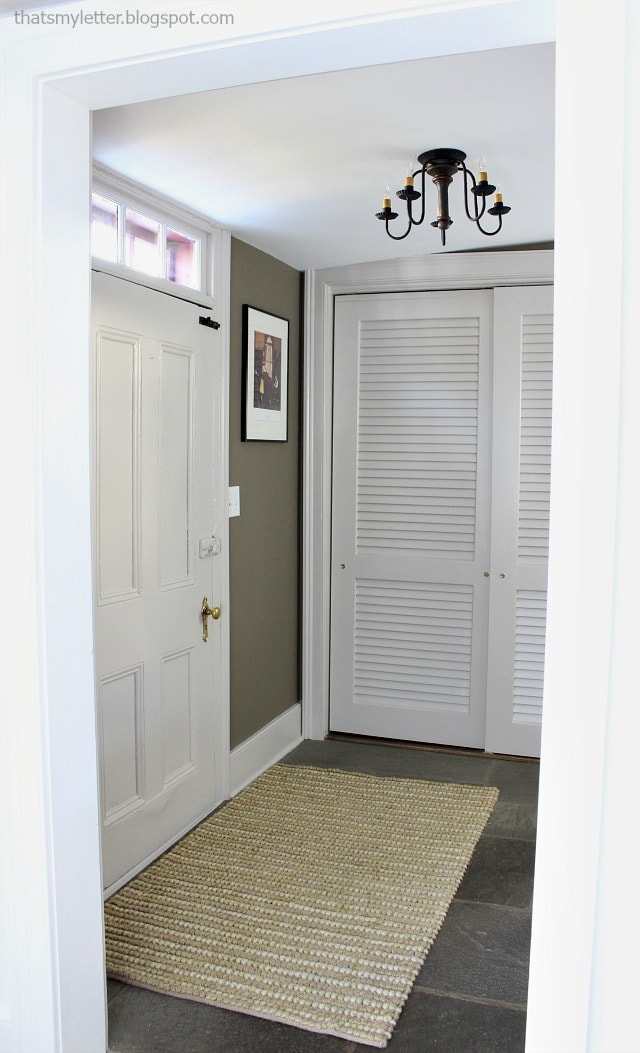 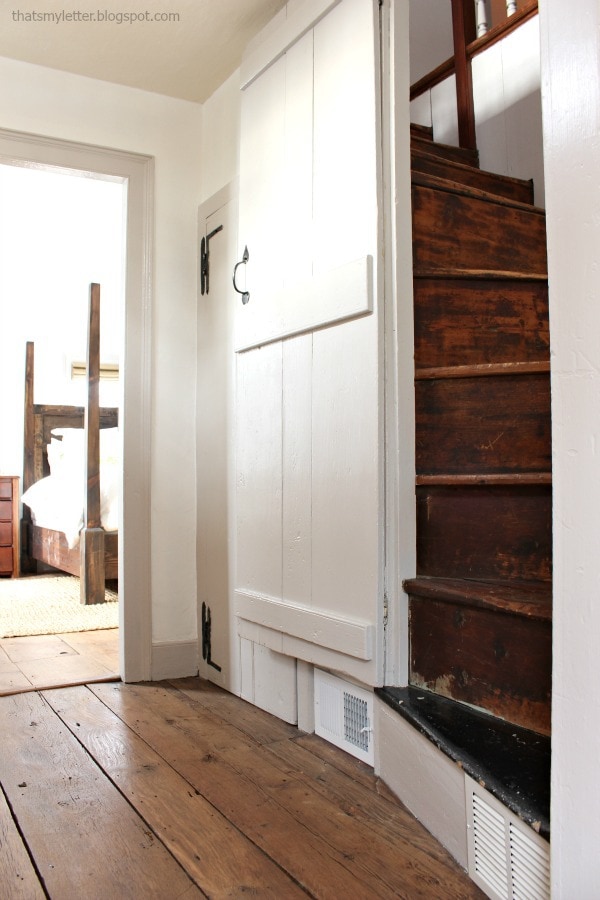 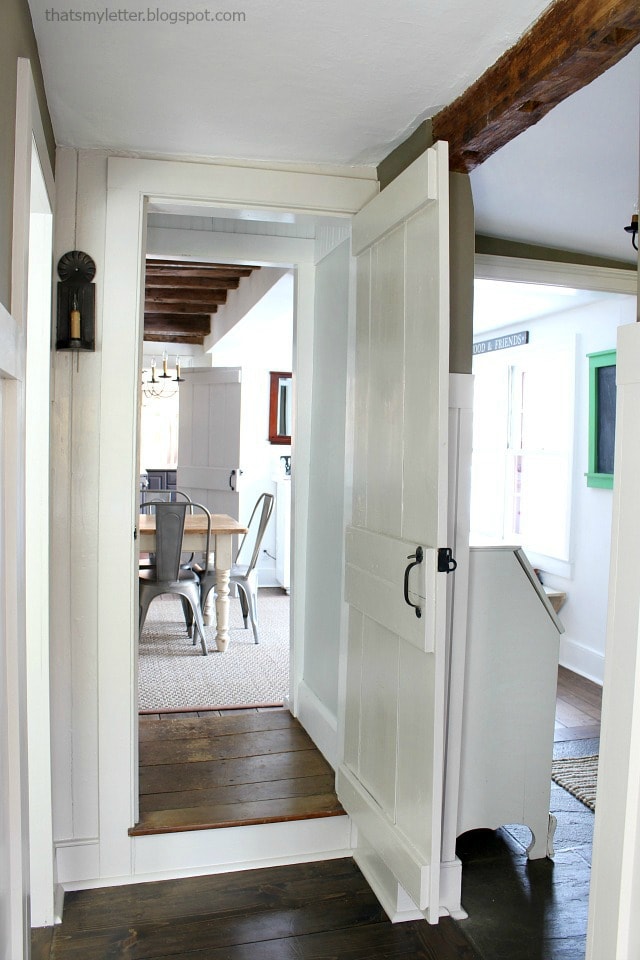 Thanks for joining me for this ceiling makeover project.  Please leave any questions in the comments below and be sure to follow me on social media for sneak peeks, tools and project inspiration: 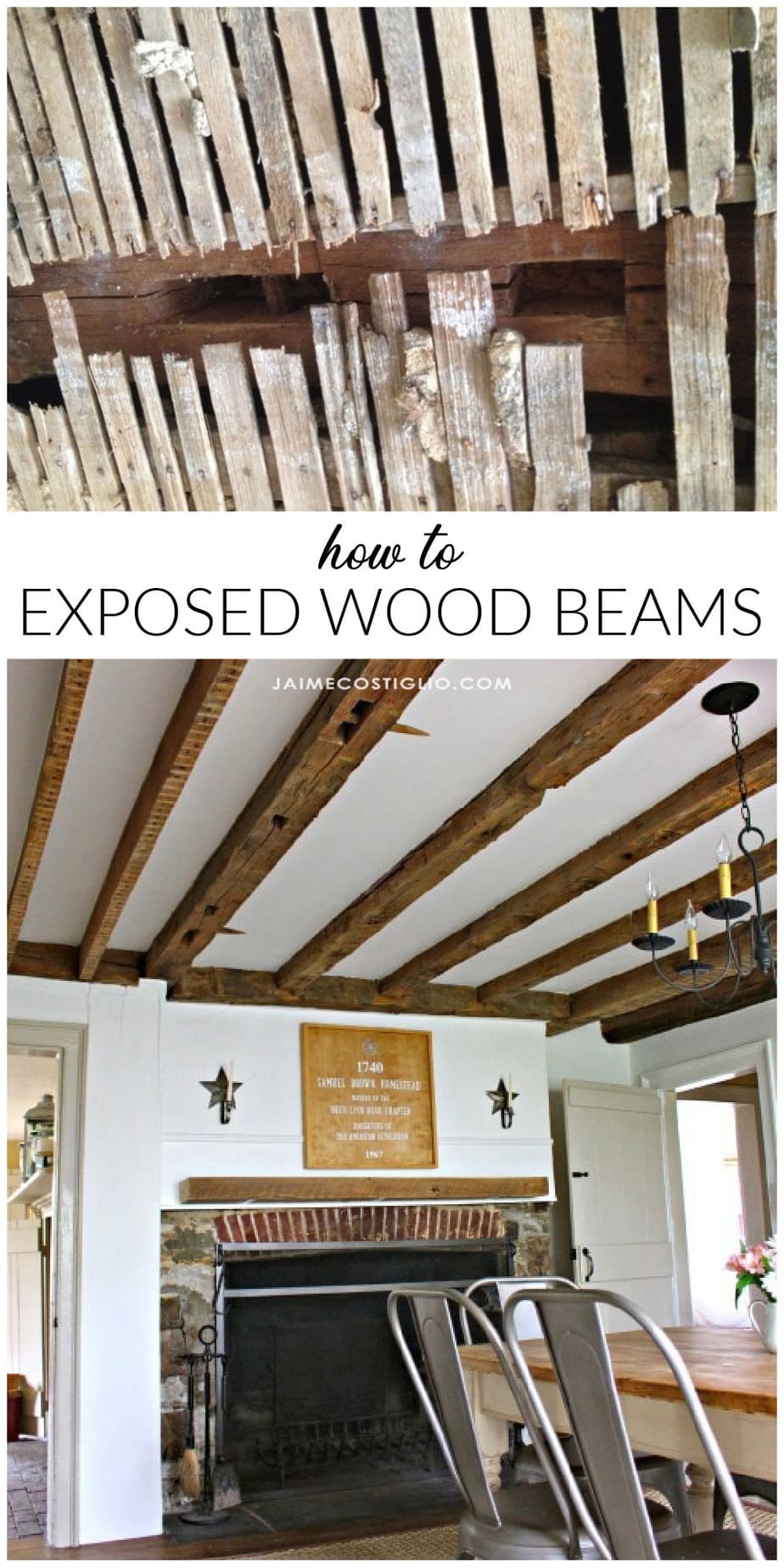 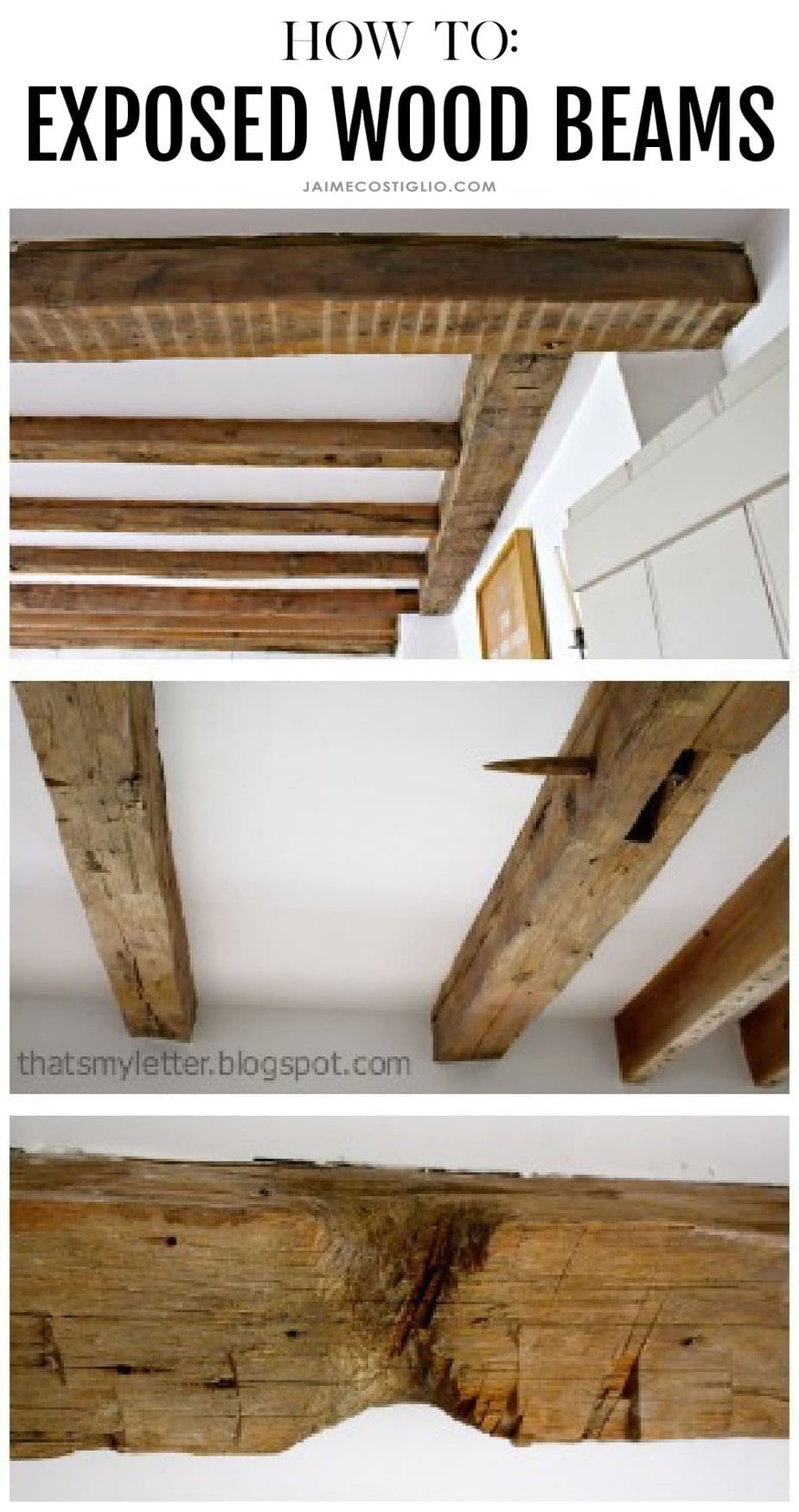 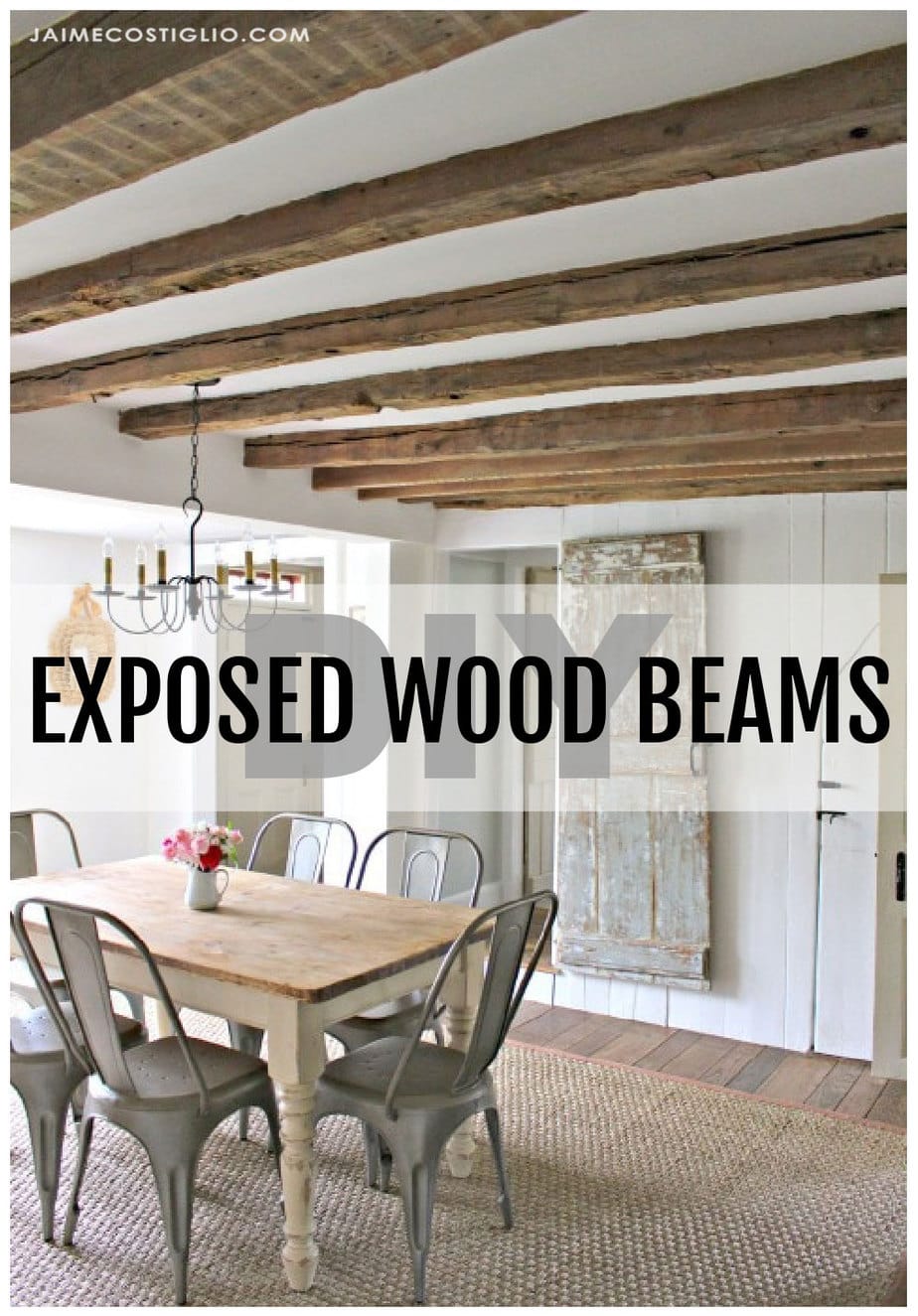 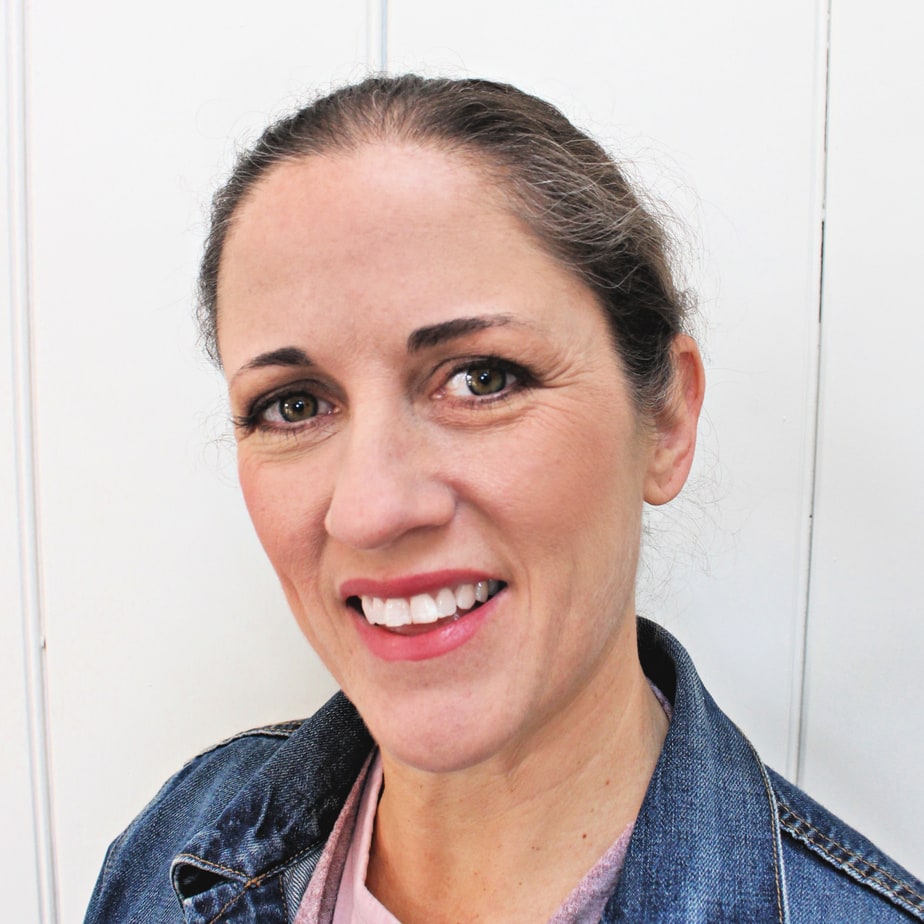 Thank you for stopping by.
Join me for lots of DIY.

Get new posts via email

Tools to consider for the DIYer. 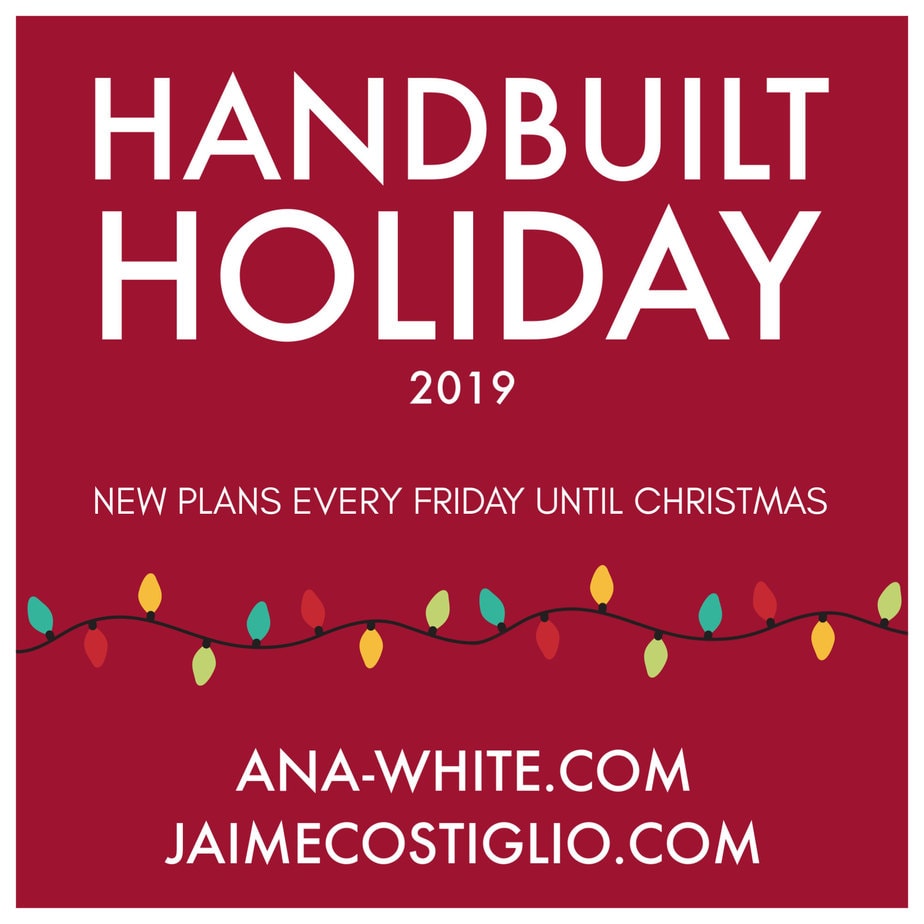